The quintessential pop song invigorates the spirit, warms the soul, and expresses thoughts deep within that are often inhibited by our own resistance to exhibit truth within our selves and those around us. Ever so often, wandering among us is a band that speaks to the inner-self through their music, inspiring listeners, and illustrating lucid images of human relations through original ideas and sound. Sidra, a German pop band has emerged with a music video release for their latest single “Cangaroo”, exhibiting the ability of a band to captivate listeners artistically through lyrical and musical prowess.

A rare find among contemporary pop artists, Sidra encompasses the modern ambiance of Maroon 5 and the soul-searching, lyrical dexterity of Sarah McLachlan. Lead vocalist Lioba Moia will entrance fans with her delightful tone, and exuberant spirit. “Cangaroo” is a tightly woven story of love and fantasy fused with beautifully painted metaphors, and prepossessing imagery.

Presented in a brilliant display of bold self-expression, the track is a vibrant exploration of unsurpassed love, willing to go to any length to capture candid moments of joy and love in the most free-flowing forms. The song lyrics are descriptive and inventive, utilizing unconventional metaphors to illustrate the thematic vision of the track. As the song progresses naturally, Moia’s flawless vocal performance intensifies the message conveyed. Check out the music video release for “Cangaroo”, now playing on YouTube.

The music score on the track blends harmoniously with the vocals, imparting upon listeners a pop-rock feeling with a slight edge, appealing to a progressive and eclectic ear. An energetic drum beat maintains a comfortable flow throughout the track as sultry guitars meander in and out of the beat.  A sharp guitar riff slices with precision towards the end of the song giving the track added rock kick. From the intro to the outro “Cangaroo” is a breathless journey for all to embrace as it steadily rises the charts on digital downloads.

Hailing from Germany, Sidra is a multifaceted pop band featuring Lioba Moia on vocals, Martin P. Junker on guitars, Silke Micha on background vocals and percussion, Adrian Paciej on drums, Gerd Strasdas on guitars, Tohper Micha on keys and background vocals, and Alexander Bielefeld on bass. The band’s fusion of sound has been described a dynamic blend of free-spirited energy and infectious passion. Check out more news from the ban Sidra at www.sidramusic.de.

Join thousands of Sidra fans by “Liking” the band’s Official Page on Facebook.

Hip-hop, much like other styles of music functions to serve numerous purposes through its intent, lyrical content, and overall delivery. While for some it is merely a form of entertainment, for others it is an outlet to express their aversion to social constructs. Rap music, often correlated with the glorification of materialism drugs, sex, money, misogynistic views, and metaphors of violence and loathing has been unfortunately credited for many social ills and toxic messages that are sprinkled throughout the fabric of youths.  From those already impoverished to those who are highly privileged, and everyone in between, the impact of rap music is indelible. The truth is, there is another side of the art-form that considers a more positive stance when distributing lyrically relevant content to the most impressionable members of our communities.

While symphonies from the streets have earned their place among the most popular rap tracks in history, often enticing pliable minds with lucid imagery and salacious lyrics, there are a few artists who have enlisted the viral power of rap to wield the influence of positive energy and empowering messages. Best-selling author, motivational speaker, and lyricist Marcus “M-Positive” Parker is an artist that is using his music to preserve the community-oriented roots of rap where lyrics inspired and empowered. His latest release “Long Time Coming” from his album ‘Motivational Rap-Ten Years Underground’  is a pertinent observation on the direct impact that negative influences have had upon individuals struggling to find success in a world saturated with counterproductive experiences.

“Long Time Coming”,  a laid back track is delivered with unwavering truth and remarkable lyrical content. M-Positive sends a message of individuality, independent thinking, and resilience in the wake of tribulation. He clearly illustrates a well-defined purpose through each and every verse along with the resonating hook “…and all of my problems and hard times almost drove me insane but, still I had to try and maintain”. Without conforming to the commercial toxicity that has polluted airwaves over the last decades, Marcus conjures up a rare and refreshing perspective on life through the vessel of rap. With a distinct southern style beat and mellow cadence, the track will strike a chord with fans who are looking for a rousing piece of work that will uplift and motivate.

As a Texas native and certified underground artist, Marcus “M-Positive” Parker is an best-selling author, lyricist, motivational rap performer and speaker. His critically acclaimed music has been a positive force in the lives of the youth that he influences for over 10 years. Encouraging youth and teens to remain positive in the face of adversity, he has spoken and performed at numerous schools in Texas. Marcus has been featured in a multitude of publications, magazines, and on countless radio shows. His music has reached over 500,00 YouTube subscribers and the number continues to grow. Learn more about Marcus on his website www.marcusparker.com.

Listen to the new sounds from Marcus “M-Positive” Parker now on Bandcamp.

Who is your favorite motivational rapper? We want to hear, drop us a line at info@lushlife757.com.

There is no doubt that music is a powerful force in influencing society. Considering the viral success of Pharrel’s single “Happy”, music and video have connected people on a global scale in ways that one could never have imagined in the past. Independent artists are no exception when it comes to innovating imaginative ways to extend their reach and touch souls. Songwriter and recording artist John Blake has just released a video for his critically acclaimed single “Your Light (Let it Shine)” featuring Elisa Polanco. The video brings to life motivation and inspiration behind the single which was released earlier this year.

Blake’s latest release exemplifies his vast scope of creativity as an artist, his ability to relate with fans in order to share his influential message, and his tenacity for performing far above the industry standards. The song which holds its own lyrically sends a chilling message about faith against adversity. The performance of John Blake along with Elisa Polanco speaks volumes about the depth of today’s pioneering artists. They are turning the tables on the mainstream while at the same time delivering a sound that undoubtedly appeals to pop culture followers.  Blake as a lyricist and songwriter is breaking molds and setting trends with his distinct and revolutionary style.

The video conveys razor sharp production and high-definition imagery. The production translates the uplifting message of the lyrics effectively while not only entertaining but touching on the core issues that are affecting individuals, families, and communities all over. As a voice of the people, John Blake shares a message of hope and  healing for the discouraged and manages to do so with an ever-present swagger that is often unseen among many aspiring artists. Fans will easily identify with the characters portrayed in the video and walk away feeling positively impacted. Check out John’s debut video on VEVO for “Your Light (Let it Shine)” featuring songstress Elisa Polanco.

On a steady climb upwards, John Blake is making a tremendous impact in the lives of those for whom his music touches. He is setting a new precedence for hip hop artists and empowering those in the world around him. He is a voice of today, producing a sound that is destined to transcend time and remain as an influential force in the future. Look for more information on artist John Blake on his official website www.johnblakenation.com.

If you enjoyed this look into the work of recording artist John Blake, share this post with your fellow music lovers.

Electronic Pop artist Arron Brown from the UK recently dropped his EP Think of You. Compared to acts such as Owl City and Blink 182, Arron’s infectiously melodic sound is gaining strength across the globe. His newest project is the culmination of a gifted vocalist, exceptionally talented musician, and heartfelt songwriter.

The title track of the EP Think of You is a mellow love song placed over a fun-loving electronic dance track with an upbeat pop feel. Brown’s vocals are as smooth as warm honey drizzled over this ode to lost love. The song’s chorus transitions into an upbeat hook and then into a down-tempo versus creating a dynamic wave of sound. Lightly synthesized instrumentals grace the track with an ample signature while not overpowering Brown’s performance. The single has been well received by adoring fans who are undoubtedly growing in numbers with each spin in the virtual world of sound.

Think of You demonstrates Arron Brown’s songwriting ability, which is beyond extraordinary.  Brown who has performed cover songs YouTube has truly fashioned his own unique voice as an artist; a voice that is being heard loud and clear across the musical landscape. ‘Miss You’, another highly acclaimed single from Think of You expresses Brown’s craft as a lyricist from the heart. The song’s lyrics are not only composed in a crafty manner but they are full of sentiment and depth.

Arron Brown treats fans to a melodic track called “StarGazing” follows a similar tempo expression as “Miss You” but it breaks away into a lengthy piano solo half way through the song and then into an epic fade. It is refreshing to see a young artist who is able to create such a beautifully produced track and a well thought out presentation throughout the entire EP.

While, Arron Brown, may be a self-proclaimed “star gazer”, his tunes have us totally starstruck and we cannot wait to hear what he comes up with next. Listen to more from UK singer-songwriter Arron Brown on SoundCloud. Purchase a copy of Arron’s EP Think of You on Bandcamp. 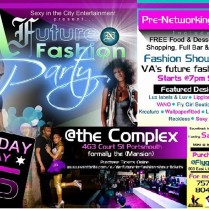 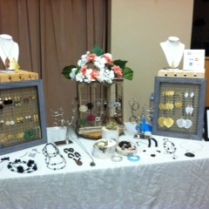 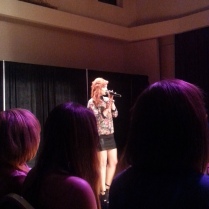 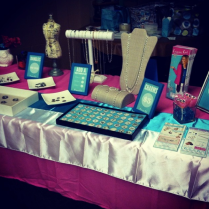 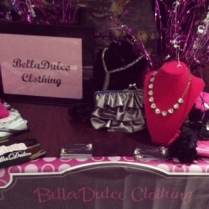 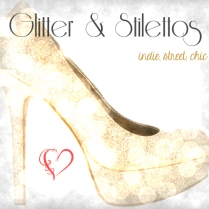 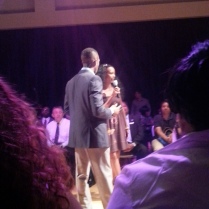 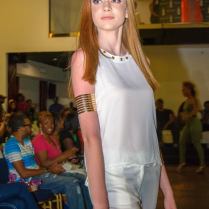 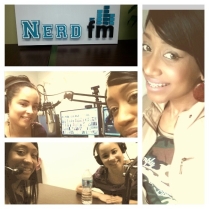 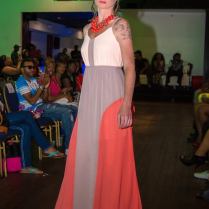